It barely covers 80km², but you will be surprised by the number of places you can visit during your trip. If you have chosen this island as your next vacation destination, here are the must-see places to visit Formentera! 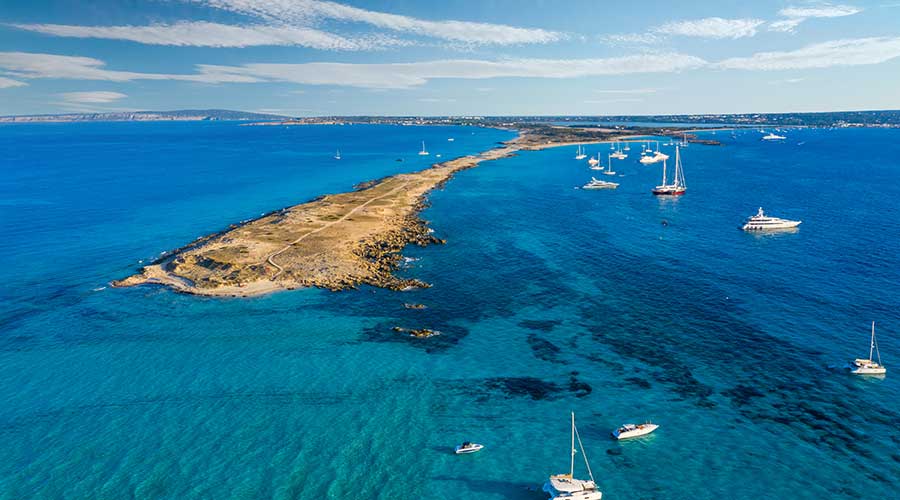 What to see in Formentera during your trip

Depending on your time management and the amount of time you wish to dedicate to each place, you will need one or two days to see all the most important places on the island. To make the most of your time on the island, we recommend you rent a vehicle, either a car or a motorcycle, so you can get around easily. While public transportation is available, you will be dependent on schedules and their limitations. And look at everything there is to visit!

We don't need to tell you that Formentera's beaches and coves are the main attraction. Crystal-clear waters with turquoise tones, light-colored sand and lush green environments. The list is long, and in addition to the best known, there are a multitude of less visited alternatives where you can enjoy greater tranquility.

Some of the most outstanding are Caló des Mort, on the coast of Migjorn, on the south of the island; Cala Saona, which is one of the most visited; Ses Illetes, which is part of the Natural Park of Ses Salinas; Llevant beach, more than a kilometer long; Ses Platgetes, near the cliffs of La Mola, or Es Caló D'Es Ram, which though more complicated to access, guarantees you privacy.

This land and sea reserve stretches from Ibiza to Formentera; it is a protected area where migratory birds flock and where there is rich flora, particularly under the surface of the sea. Here you will also find one of the beach options we already mentioned, Ses Illetes, but a visit to the park deserves a special mention. Please note that if you are not a local, there is an entrance fee, the price of which varies according to your type of vehicle and the time of year.

Lighthouses always attract attention because they are full of mystery and make us think of shipwreck stories. La Mola lighthouse is in the eastern part of the island, on the highest cliffs of the island. Barbaria is to the south, where, in addition to the lighthouse, there is the Cova Foradada, which leads to a beautiful viewpoint. From here you can also enjoy beautiful sunsets. 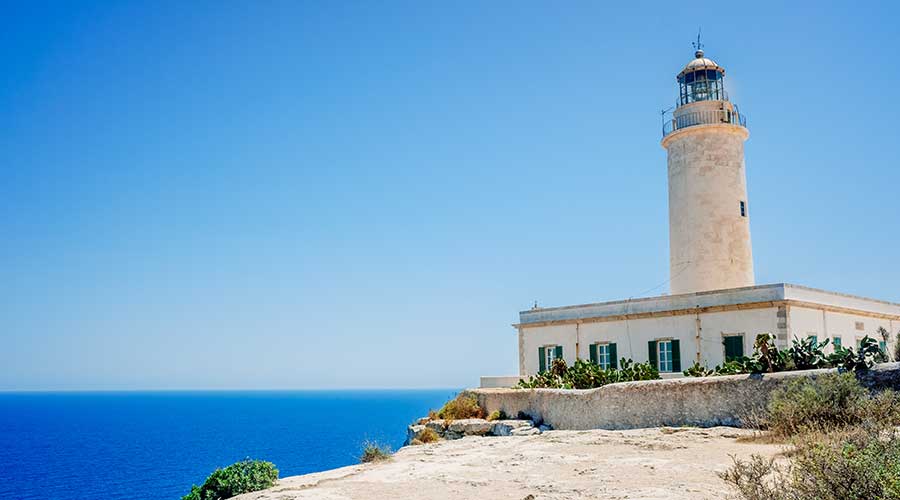 And since we have already mentioned them, the sunsets are another must-see in Formentera. No matter if tiredness gets the better of you at the end of the day, taking in the beautiful sunsets is a must during your trip. In addition to the Barbaria Lighthouse, you can also see the sunset from Cala Saona, where the stone of the cliffs turns reddish; the La Mola viewpoint, where you will have a spectacular panoramic view; La Savina, from its busy avenue, or from Ses Illetes, from the same beaches or from the bars while you eat something. 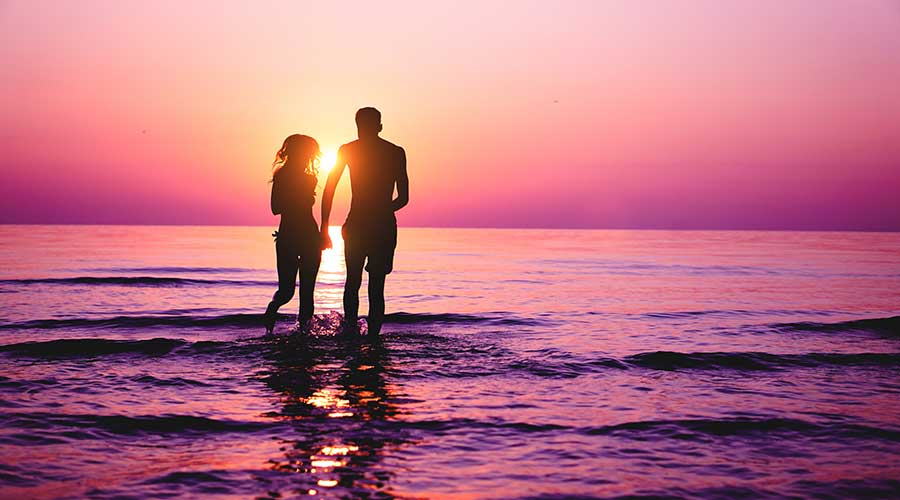 This megalithic tomb in Ca na Costa might come as a surprise to the unsuspecting traveler, since these funerary constructions are unknown to most tourists. It is located between the Estany Pudent lake and the town of Es Pujols, dating from between 2000-1600BC. In addition to this one, in Cap de Barbaria there is another one that is also worth a visit, with three sites dating from between 1600-1000 BC. It not only houses human remains, but also ceramic and bronze objects.

The places to see in Formentera are, as you can see, mainly of natural beauty. However, their small towns also have charm and buildings that are worth a visit, even if it is only a quick one. For example, in the capital, Sant Francesc Xavier, is the church of the same name, built in 1738 and surrounded by terraces to have a drink; the old mill of La Mola, which is one of the seven that the island had to grind grain and appears to date back to the late eighteenth century, or the wharfs of Es Caló de Sant Agustí.

If you don't want to miss out on any of these must-sees in Formentera, rent a car or motorbike with OK Mobility at Port of Formentera and start planning your getaway!